“Booger in the Nose Test…” How Top Teams Give Feedback 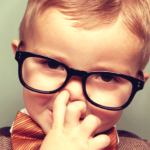 I’ve consulted with countless teams from various industries, sizes and levels of experience and I’ve found one test that will determine how well these teams will work together in THOSE moments.

THOSE moments are the “Moments of Truth” for teams, when the “Rubber Hits the Road”, when the “Pressure is On” and when it’s “Make or Break” time.

It’s called the “Booger in the Nose Test…”

I know it sounds crazy, but stick with me for a minute…

Top Teams provide feedback that is TIMELY, DIRECT, with TACT, and they are EMPATHETIC to their peers.

Great teams will make sure to avoid putting their peers in an awkward situation, if they can avoid it, and will be the first to help their teammate out of the awkward situation when they find themselves there….

It ALL comes down to FEEDBACK!

Think back to the last time you were talking to someone and they had a booger in their nose? It could have been at work, at home or out in public…

Well, in THAT moment, you have two choices, you can either:

You may decide to go with Option #1 and INFORM them

Sometimes we’ve taken the direct approach and told the other person that they have a “Hanger”.

”Hey, you got a BOGEY” or “You got something” with a little hand motion towards your nose…

Sometimes we’ve chosen an indirect approach… where we’ve slowly stroked our own nose a few times trying to give them the hint that they have their own “Friend” they might want to address.

We’ve also been in situations where we’ve chosen NOT to say anything and in EVERY one of THOSE situations, it got “WEIRD”, REALLY weird the longer it went…

It takes CONFIDENCE to speak up and step into that conversation.

You may decide to go with Option #2 and IGNORE it

When you try to ignore the situation, you may be TRYING to ignore the “Hanger” they brought to the party, but you can’t get their “Friend” off your mind.

Their “Friend” will have you second guessing the approach you should use and won’t allow you to FOCUS on the conversation or LISTEN to what is being said.

You will feel BAD for not saying anything right away…

You will feel WORSE for waiting too long…

Feeling bad sucks, so I’ve made a new rule, that WHENEVER I come across a “Bogey” SITUATION, I’ll bring it up right away, no matter how crazy it seems…

That BELIEF makes it easier for me to inform them of their situation.

Either way FEEDBACK it VITAL!

Top teams or even newly formed teams that are on the path to greatness are willing to INFORM their teammates that they have an “Uninvited Friend” at the party. They are willing to give FEEDBACK and they are receptive to it and KNOW it comes with POSITIVE INTENT!

GREAT team members TRUST and RESPECT each other!!

Team players make sure to say what needs to be said in the “MOMENT OF TRUTH” to help make their team and team members SUCCESSFUL!

So next time you find yourself in a new team or in an existing team, make sure you have the “Booger in the Nose” conversation in advance, so you can have a communication strategy no matter how “AWKWARD” the situation may be.

Here are some options to proactively have this conversation:

“Hey, if you ever have a booger in your nose, how do you want me to bring it up to you?”

In closing, I have a question for you….

”If I ever have a booger in my nose, will you tell me?”

Michael is a Motivational Speaker, Culture Guru and Team Coach who leverages leadership stories from World Record Skydivers, World Champion Martial Artists and the Best of the Best Corporate leaders to highlight leadership principles across boundaries…

About the Author: Michael Hahn